The wonders of endonasal therapy

My head has been chronically congested on the right side for many years. This dates back at least as far as my college days, and may have been initially instigated by a really bad cold I had once while living there. The congestion inhibits my hearing in my right ear, especially with lower frequencies, say below 250hz or so.

Fast forward about half a dozen years, and I learned quite by accident (when I had another cold) that ingesting guaifenesin tended to clear my head and my hearing on the right side. Guaifenesin is an expectorant. It tends to reduce the viscosity of mucus so that it drains (and gets coughed up) more easily. A few years later, a product called Mucinex hit the market, which is a dual-layer tablet of guaifenesin; one layer is released immediately and the other is a time release. This helped enormously.

I began to suspect that my problems all along were associated with blockage of some kind of my eustachian tube on that side. The eustachian tube connects the middle ear with the throat and facilitates drainage of fluid out of the ear as well as equalization of air pressure between the middle ear and the outside world. If it gets blocked, fluid can build up inside the ear, which can negatively impact hearing and pressure equalization.

After googling around a bit I learned about something called Endonasal Therapy. It turns out that it isn't at all unusual for the opening of the eustachian tube in the throat to get blocked up with goop- congealed or crusty/chunky mucus- that doesn't dislodge and dissipate on its own. I found a fairly detailed description of the procedure (under "What the Physician Must Do"), which wipes clean an area of the rear of the mouth / throat called the "fossa of Rosenmuller". "Fossa" is just a fancy anatomical way of saying "crevice" or "groove".

Disclaimer: I am not a physician. I in no way recommend that you do what I'm about to describe. I relate it only because I did it to myself, and it worked. If you're not comfortable with the terminology, don't know your uvula from your tonsils or your tonsils from your adenoids or your adenoids from your soft palette, then don't even think about attempting this. Go see your doctor and ask him or her to do it for you.

Basically what you end up doing is putting a finger cot on the opposite finger from the side you're treating (left finger for right side), reaching waaaaay back in your mouth, just lateral and posterior to the uvula, posterior to the tonsils and adenoids (or where they would be if you've had them removed; this you can see is a bit of tissue that hangs down from the top of your throat cavity and extends down the sides; you can reach behind it), then turning your hand to reach just a tiny bit superior with a crooked finger. At this point, you palpate for this groove and with one movement of your finger, you simply wipe it out and gently massage the soft tissue in the area. You wouldn't want to overwork this area, as the tissue is quite soft, and I can imagine it could get irritated and tender fairly easily.

Once the goop is dislodged, delicious mucus will run freely, as there is probably a lot of years of goo built up. Decongestants will facilitate this process. Some guaifenesin and psedoephedrine would work nicely. I also used a nasal decongestant spray to help clear my sinuses out.

This process sounds gross and painful or at least gag-worthy, but it really sounds a lot more complicated and worse than it is. If you're careful, you won't trigger your gag reflex. If you do, don't fret. If the worst thing that happens to you all day is triggering your gag reflex once, then I say you've had a pretty good day.

My head has been draining fairly well, and I can hear probably 30% better out of my right ear already. I'll probably do a follow-up treatment again in a few days, giving the area long enough to settle down before poking around with my finger again.

Amazing how many years of impaired hearing can be corrected in 6 seconds! 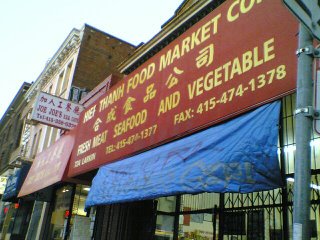 If you seek Trung Nguyen coffee in San Francisco, including their amazingly good G7 instant 3 in one brand, you can find it here in Sai Gon Nho (little Saigon).

i'm in the wrong business 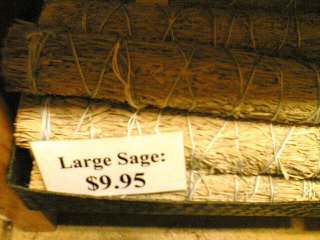 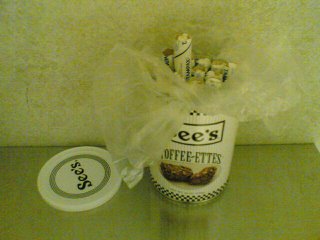 Inside the lobby restroom at my office.

Of All The Confounded Stupidity

IPv6 in FreeBSD 6.2-RELEASE is broken. It's also broken in 6.2-STABLE. It has been known to be broken since September. It was known to be broken in December. It was still broken when FreeBSD 6.2 was released on January 15. This isn't something that's just a tiny nuisance with a trivial workaround. This is a major piece of system functionality that is totally broken. With a stock release of FreeBSD 6.2 or 6.2-stable, you cannot use an IPv6 tunnel at all. Everything will report "no route to host".

This is the type of BS I'd expect from Linux or something. This is not the kind of low-quality, rush-job cockup that I'd expect out of the FreeBSD project. I'm sorely disappointed. I would never have built 6.2 and installed it had I known that IPv6 was in a nonworking state.

There's a fairly easy fix/workaround for those who want 6.2 (or have already gone to the trouble of installing it) and still need IPv6 to work:

Next, cd /usr/src/sys/netinet6 . Run patch -R < ~/nd6.c.patch. This has the effect of reverse patching the differences between those two versions of the file, backing out the last change that broke IPv6. This will also re-break the bug that the commit was trying to fix, but since that fix also completely broke IPv6, that's probably okay for now.

Finally, rebuild your kernel. Do a make clean first. I went as far as doing an rm -rf on the compile/KERNELNAME directory too, just to make sure everything got cleaned out.

Maybe the FreeBSD project can gets its head out of its collective ass and add documentation about this major malfunction to the errata, and then for an encore, perhaps someone can see fit to fix this longtime breakage. IMO, 6.2 should never have been released with major feature set breakage of this severity.

And why aren't there test suites catching this kind of crap?

This is so disheartening. If I wanted to suffer through major feature set breakage, I'd run Linux. I have used FreeBSD for a good 11 years because of its former dedication to stability and quality, not because I liked to spend my afternoons chasing problems. 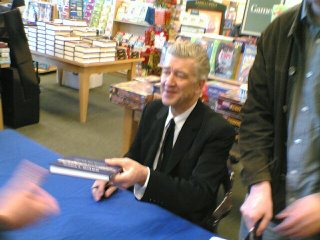 He's smiling because Jason told him that the scene with the homeless guy jumping out from behind the dumpster in Mulholland Drive is one of the sacriest things he's ever seen. 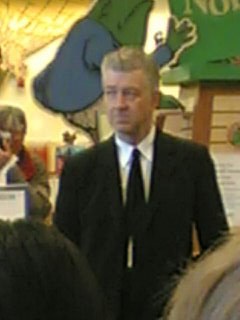 what the hell is this bullshit 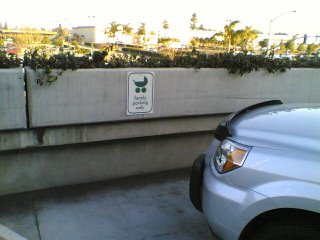 made of peanuts, not hemp. 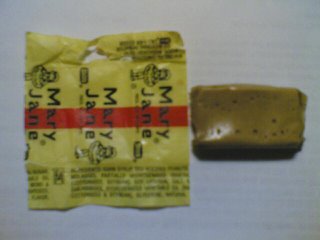