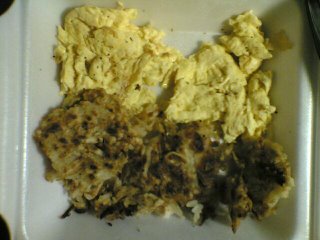 Hash functions like MD5 are terribly handy when you want to verify that one file is exactly the same as another very quickly, but what if you want to just check that two files are pretty close to the same?

There are probably lots of approaches, but one that I found that works fairly well for catching small spelling changes and the additions and removals of single words is a rounded average distance algorithm. Each word is converted into X and Y coordinates: the sum of the vowels makes the X coordinate and the sum of the consonants makes the Y coordinate. These values are rounded to the nearest 17 (a completely arbitrary number). The cartesian distance from the previous word is calculated, and every 11 words (also completely arbitrary) the average cartesian distance between the words is calculated, rounded to the nearest 17 and added to a list of distances. Finally each distance is averaged with the following distance and used to update an MD5 digest.

One can probably play with the arbitrary constants in this one to make the algorithm more or less selective. 11 and 17 were the values I needed to make my test pass.

Here's the code. It's in an early stage of development, so it's fairly sloppy I'm afraid. I'm sure there's a way to revise things so that the list of sums isn't needed, but it's late and I need to eat and sleep.

(One obvious problem is that crossing an 11-word boundary by even 1 word will cause two different sums to be produced... there is probably a way to cope with that, but I haven't given it much thought yet. More to come.)

It seems to be the weekend for stupidity out of Wicket.

God only knows how they managed to introduce this bug: component.setModelObject(foo) will truncate everything after the first semicolon. Yes, that's right: the first semicolon. Why? Your guess is as good as mine. Fortunately, component.getModel().setObject(component, foo) doesn't arbitrarily dislike semicolons and works fine.

More stupidity: ExternalLink is not a Link, though PageLink, BookmarkablePageLink, ResourceLink and so-on are all Links (that is, they extend Link). To Wicket's credit, ExternalLink at least appears in wicket.markup.html.link, although PagingNavigationIncrementLink and PagingNavigationLink, which do extend Link do not. I'm sensing some problems with the project's layout.

The solution is to loosely couple the two pages by directing the update link to the other application by its servlet path (e.g., /app/updateArticle) via an ExternalLink (which isn't a Link), but where does that path come from then? I had to settle for getting it out of a properties file for now, until some better way comes along.

I think Wicket could possibly figure this out in the Wicket Servlet by tracking which applications are mapped to which context paths, though this would probably require an additional init-param in the servlet config (since you don't get to know the context path in a servlet's init, though it's coming in the Servlet 2.5 spec... some day). In the near term there doesn't seem to be any other way than the ugly way.